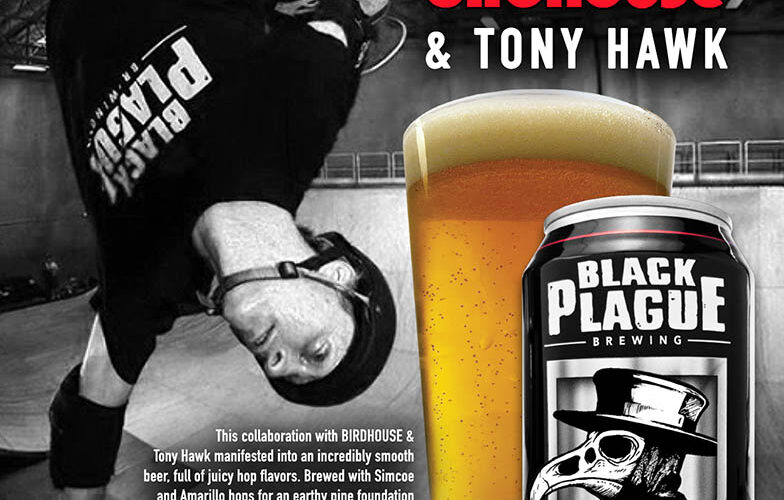 Everyone’s favorite childhood action sports hero, Tony Hawk, and the crew at Birdhouse Skateboards have teamed up with rapidly-growing, Oceanside, California-based craft beer brewery, BLACK PLAGUE Brewing, to create an incredibly smooth beer honorably named, “Tony Hawps IPA”. It is set to release on July 20th at the BLACK PLAGUE taproom in Oceanside, CA and at select bars, restaurants, and retail stores throughout Southern California. This unique India Pale Ale is brewed with Simcoe and Amarillo hops for a resinous pine foundation, dry-hopped with a massive amount of Citra and Centennial hops for an outstanding aroma of orange citrus with hints of fresh grapefruit.

“Tony Hawk is such an icon; we wanted to partner with him to create something authentic to connect with skate fans and skateboarders. ” says Jordan Hoffart, Pro Skateboarder and President of BLACK PLAGUE Brewing. “His level of dedication to his craft is unmatched and that is something that unites us in our journey as well. The beer needed to be light and crushable after a skate session while also having enough heft to be your go-to when you are ready to party.”

BLACK PLAGUE Brewing, a skater-owned and inspired craft beer brewery recently won a gold medal at the San Diego International Beer Competition and decided it was time to work with Tony Hawk to elevate the beer to the next level.

“Never imagined I’d get to help “design” a new beer, but my life keeps taking unexpected – and delightful – turns. This beer packs a ton of flavor”, says Tony Hawk.

The world-famous Tony Hawk is best known for being one of the most influential skateboarders of all time, launching his own series of video games, creating the philanthropic Tony Hawk Foundation, and now a proud partner and ambassador of BLACK PLAGUE Brewing’s “Tony Hawps IPA”. To get your hands on this delectable beer, visit BlackPlagueBrewing.com/BeerFinder to see a list of locations that serve BLACK PLAGUE Brewing’s Beer.

Beer To Go Pick Up OR Shipped to Your Door 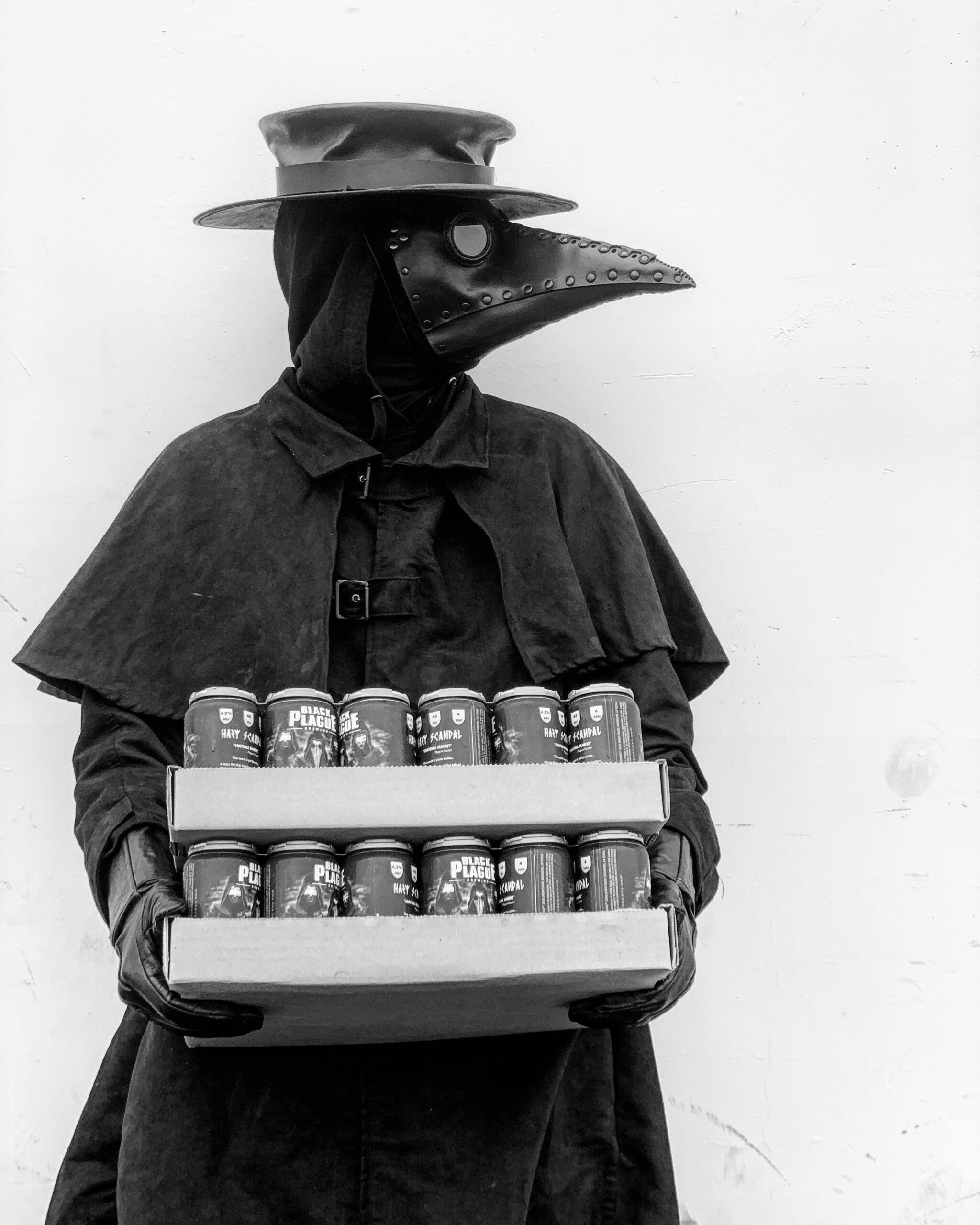 Taproom temporarily closed until further notice... but we will be offering To-Go beer & merch out of our brewery, to help with social distancing and responsibly helping to limit the

Taproom temporarily closed until further notice… but we will be offering To-Go beer & merch out of our brewery, to help with social distancing and responsibly helping to limit the potential spread of the virus (as recommended by CA Gov Office). You can order beer for pickup on our web store – BlackPlagueBrewing.com/togo (link in bio) and we will have it ready for easy pickup at our side roll-up door… Mon-Fri 12pm-8pm and Sat-Sun 12pm-4pm.
Help support small local business by cruising over to stock up before the real quarantine begins.Or if you want it shipped…SHIPPING in CA! Been dying for a beer, but live too far away to visit the brewery? We are now set up to ship our freshly canned beer directly to your door (if you live in California). We will be processing order ASAP and getting them shipped out to you, should arrive within the next 2-3 business days. This will help make a huge difference for our team due to being forced to close our Taproom because of all the quarantines. We really appreciate your support… Link to order is on our profile. Read below for all the details:
–
To order beer, just head to the Online Shop (link in bio), select what you want, and check out with your shipping address.
–
You will need to order a minimum of (4) 6-packs. You can mix & match different styles to meet the minimum. Order more if you like, just gotta be a minimum of (4).
–
We’ll be sending shipments every day, as long as the law allows.
–
Shipments should arrive within 2-3 business days, and you should receive a tracking number within 24 hours from the shipping service. Look out for that in your email.
–
Since it’s alcohol, you’ll have to show ID and sign for it on arrival.
–
If you also want to order merch and apparel (and you totally should), know that we process those orders separately, so they may arrive in a separate shipment.
–
Again, shipping is for California ONLY. We would love to be able to ship to everyone, but we’re not legally permitted to do so, unfortunately.
–
Thanks again, and stay safe out there.